On February 27th, Newindu family had a big birthday party for four lovely girls. There were two themes for the party, one was to celebrate the birthday, the other was to wish  the company a good start.

First of all, our boss Mr Tang expressed the prospect this year. The new start of a year means new opportunity and challenge. No matter  how this year develops, we will achieve the aim and step an upper stage.

Then it is the game session, which is called “Who is the spy?”. Four girls celebrating their birthdays this month would invite another four friends to play games with them . At first, everyone would get a card. During the game, everyone needs to say a word or a sentence to describe what you get in turns. You cannot say the word you get in direct. The purpose of your describing is to make players who have the same card with you know you are not the spy. At the same time, you can’t make the spy know what you get. What’s more, you don’t know if you are the spy or not. If you're a spy, your goal is to make people think you're on their side, which means you need to make them think you have the same cards as them when the spy is actually another person. We had fun because of this game and also relaxed during working.

The birthday party is a convention for our company, and this small activity holds us together and becomes more familiar with each other. There is no doubt that we will have a cosy working life in this full of love and warmth family. 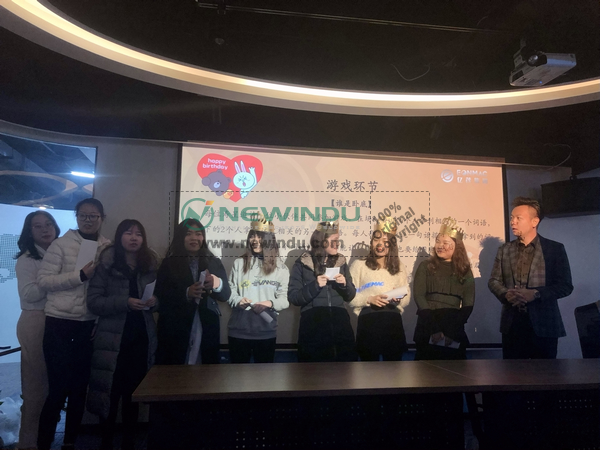